Whoohoo!! I have got an invitation to try the new voice service from Google called
as Google Voice
Google has been coming up with so many great products that even the major giants
in the market like Microsoft could not think of!! 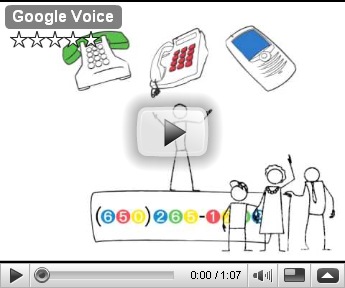 Google Voice is a free Internet service that uses VoIP technology to link phone numbers together.
Grand Central was re-launched as Google Voice on March 11, 2009 with new features, including
voicemail transcriptions and SMS managing. Users of Google Voice are able to select a single U.S.
phone number, from various area codes. When a Google Number is called, any or all of the user’s
phones may be set to ring. Which phone(s) ring can be set based on the calling number, based on
contact group, and/or based on time of day. The service includes various additional features, like
centralized voicemail and indexable, automated voicemail transcription, accessible by PC or phone.
Coming to the mobile version of it  Google made apps for Android, iPhone and Blackberry.But apple rejected the Google voice app claiming that it obstructs their principles.Though an user of iPhone, one
reason why i hate the apple is it’s policies.Though apple claims that actually it was at&t  that
wanted to remove the app from the app store showing it violates the exclusivity policy of at&t.
Jail-breaking is the best thing i have ever done in my life.GV Mobile-an Cydia app that replaces the
official Google voice app on iPhone has the same functionality.Just get on to cydia and search for
GV Mobile!!
Enjoy using Google Voice and if u don’t have one try to get an invitation a HERE

One response to “Google Voice”