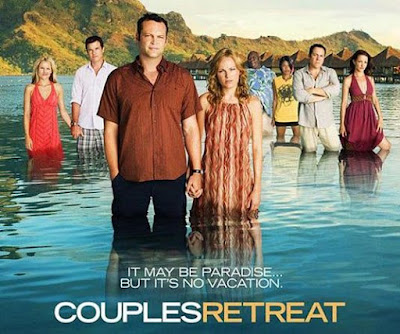 Academy Award-winning composer and internationally renowned musician
A.R. Rahman makes his first foray into composing music for an American comedy
feature film with Universal Pictures’ forthcoming romantic comedy, Couples Retreat.
The soundtrack will be released via Relativity Media digitally on October 6, 2009, and
in all retail outlets nationwide on October 13, 2009.

For Couples Retreat, A.R. Rahman has conjured up the sounds of a tropical island oasis
fusing the laid-back rhythms of island music along with his gift for creating golden melodies.
The opportunity to work on Couples Retreat was a welcome challenge for Rahman who
created a score that complements the film’s light-hearted tone with just a hint of his
signature “Indian” sound.

“”There are so many musical avenues to be explored,” says Rahman. “I’ve wanted to
try new things and for a long time and had hoped to have the opportunity to venture
into American comedy. This film presented a lot of creative challenges and was deeply
rewarding to be apart of. “